The description of Subway Surfers

It's a very simple game but really addictive and enjoyable. The graphics are really nice and the background music is very nice. The game is very simple and really easy to play but it's really hard to stop playing.

The graphics of Subway Surfers are very nice and somewhat cartoonish. Some of the items that stood out to me were the graffiti on the walls, the character design and excellent cut-scenes. I think the graffiti on the walls look very detailed and the characters were very well designed. On the other hand, the cut-scenes were very well done, they were very smooth when it came to the animation. Some other items that stood out to me were the lighting in the game, the shadow and the background. The lighting in the game can be seen in the background when the characters are running along the tracks and in the light post, you can see the shadow of the character as he is running under it.

I think the graphics are very nice, but in some points, it could be better.

As for the replayability of Subway Surfers, it is not as good as I expected. The game gets boring after a few runs. I have been playing Subway Surfers since yesterday and I am not so excited about it. This is not a game you would play over and over again. You can't do much in the game, except collecting coins and buying power-ups. The game lacks interesting features. 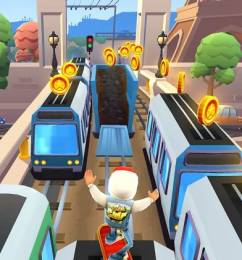 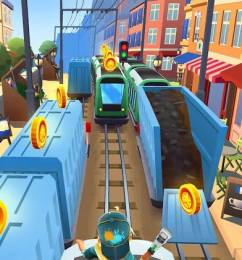 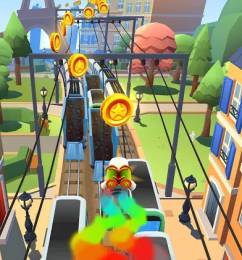 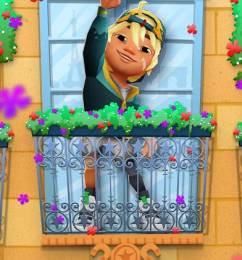 Subway Surfers is a very simple and nice one-touch arcade game in which you run and collect coins and power-ups. The graphics are nice but could be better. As for the replayability, I think the game lacks interesting features. I think the game would be much better if the developers added a story.