The description of Poppy Playtime

Poppy playtime is an adventure horror game, which was released on PC in October 2021. It has got a lot of positive reviews quite soon. While most players rave about the tensional gameplay, some users report that the controls should be modified. In this review, you can discover what is true about this game if you want to download Poppy Playtime.

The game can hark back to horror movies of the twenty century a little bit. It starts with a short 1980s video, which tells players about a doll named Poppy. She is not a simple toy; she can answer the questions you ask.

Overall, the game has this old horror games atmosphere only in the beginning. Graphics are more adapted to the 21st century. You can’t see the character you operate, but you can see his hands that will help solve puzzles. The game has a lot of art. By the way, you can change the graphics level in the game settings. There are brightness, texture, effects, and some other regulators. Some users prefer playing with the low graphics level because it creates a more frightening atmosphere.

Poppy Playtime controls are quite smooth. You will be using WASD or arrow keys to move your character and a mouse to make some actions with your hands. Almost all the time, you just run and solve the puzzles. Sometimes, you need to use both hands to open something. Some players report that the controls are a little buggy after they install Poppy Playtime. A hand can stuck while you’re trying to take something, or the button doesn’t work properly. It’s the first edition of the game, so it may have some improvements in the future. 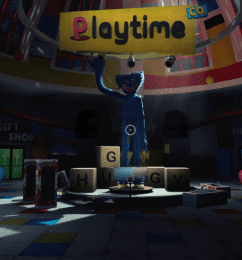 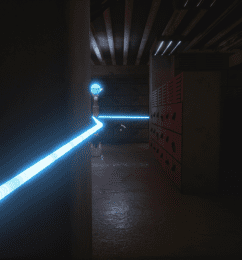 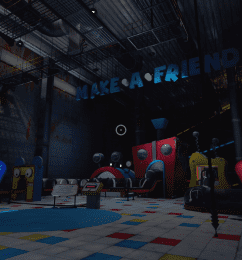 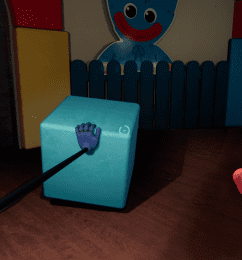 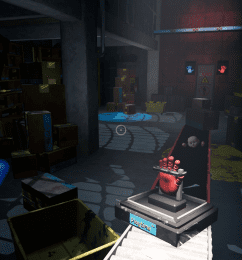 When you watch a video about Poppy at the beginning, it suddenly stops, and you appear in the toy factory. Now you discover that you are one of its workers. All other people have mysteriously disappeared, and you are the one to understand why. There are several chapters in the game. You can’t go to the next level if you haven’t solved all puzzles in the previous one. They can be unpredictable, challenging, and terrifying. All because the toys in this factory are alive for some reason. A large doll with scary teeth can appear all of a sudden, and now you need to run and hide.

Each chapter has its task, but it’s supposed that you will get all answers about factory workers when you find a flower. Overall, the gameplay is tensional and requires you to move fast. Maybe that’s the reason why the chapters seem quite short. However, they have enough tricky puzzles to solve while you’re wandering in a factory.

You can play Poppy Playtime on PC, but it’s not available on iOS, Android, or PS. Maybe the developers will change it in some time. Also, there is no free download.

Poppy Playtime isn’t long on the game market, but most players enjoy it. The graphics and music are suitable for a horror game. You will never be bored during this game because you should think quickly about how to solve some puzzles. Even though it can have some bugs, and the whole duration of the game is quite short, Poppy Playtime is one of the best horror games that were launched recently. You can download Poppy Playtime on Steam and try this game yourself.