The description of Parler

Parler is a social networking service related to the category of alt-tech microblogs. The developers of Parler launched it as a more free-speech alternative to Twitter, where many users were blocked for their political and other views. Today, the growing platform is over 15 million users and around 2.3 million monthly active visitors.

Say What’s On Your Mind

The main idea behind the creation of Parler is to let people express their opinion without political limitations that can be seen on Twitter and other social networks. Similar to Twitter, this service lets you write posts with a single image and up to 1000 characters. Other users can echo (share) or vote (like) your posts. If your posts are really interesting or controversial, the algorithm may bring them up and give you more exposure. You can also be less public and contact other users via direct messages. In both cases, you are not limited to what you can say. That’s why the service has quickly become popular amongst Americans who want to express and discuss their political views online.

You can also gather your own communities which people can join to express their commitment to your point of view, political program, opinion, or anything else. You can also create parody accounts, which is a totally unique feature that lets you make fun of popular public personalities using satire. Such accounts are marked with a special label, so it’s legal to do so.

Parler security has always been a concern for many users as the platform has an unusual political slant. The online debates between web security activists and platform developers didn’t lead to any user data exposures in 2018-2029, proving the safety of the network. However, the bost of interest in the app in 2021 showed that it was impossible for users to delete their posts from the servers. Platform authorities promised to fix all the security concerns and make it impossible to identify users who don’t want to identify themselves.

The whole app is well-designed and lets you quickly navigate between the accounts of your friends and public personalities. You may think that it lacks some customary features, but it seems that the developers are highly focused on minimalism and simplicity to satisfy users of all ages. The mobile version has a neat interface with tabs at the bottom and basic controls for posting and interacting with the posts of other users. 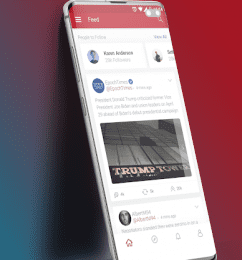 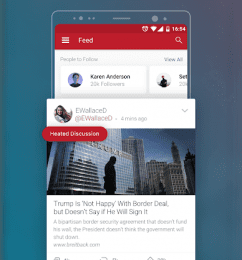 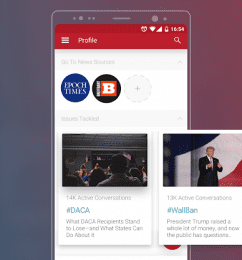 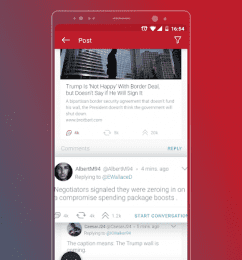 Parler is a unique online service that lets you and millions of other users express your real opinion on a variety of social problems. Of course, many people may disagree with you without hiding their emotions, but you can behave the same here. Hopefully, the app gets back to the mobile app stores soon.